Suppose George Washington was a werewolf? Even better: suppose his affliction caused him to delay crossing the Delaware River, and thus the patriots lost the Revolutionary War? 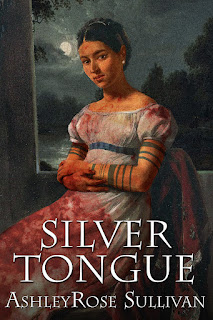 Claire is a half-Native woman living in Nouvelle France, a bright and adventurous young woman with special powers and two best friends: Sam, the brooding werewolf who hid his secret curse inherited from his disgraced great-grandfather, General Washington; and Phileas, a young gay man fascinated by science.

After mysterious men in red coats murder Sam’s family, the three set off on a journey across the three nations to find the killers. We come along for the ride, exploring a quasi-steampunk 1839 world with one foot in our history and one in the world of fantasy. Meet inventors and ruffians, traveling actors and religious fanatics; meet the Frankenstein family and P.T. Barnum, who has the best soliloquy I’ve read in years:

As you grow into this world, you come to realize the grit of it - the way reality lies on you - weighs you down. What I make, what I do in all ways… they are all valid. Their validity lies in the needs of regular men, regular folks all across the world who cannot sustain on mere reality…

My purpose is to lighten the mood, to bring light and hope in a world of grit and darkness. It is only to do that which the Creator himself does, it is only to provide something to believe in. Whether it be a gentle giant or an Indian princess, the people - all people - need something worth hoping for.

Alternate history stories rely more on world building than story, and Silver Tongue is no exception. The world AshleyRose Sullivan has created is fascinating, from her vision of the not-United States to the secret lives of werewolves. Claire is an enjoyable protagonist, with the inevitable love stories - but not ones that follow the traditional path, which brings a breath of reality to this fantasy. There are few enough young-adult books in speculative fiction with Native protagonists that Claire is a remarkable addition: her Native ancestry is not the primary focus of the book or her character, and yet it is not a passing mention; it is part of the tapestry of her story without being its only thread.

Other characters are equally well-formed: Sam manages to overcome "brooding werewolf" in his sometimes-strained relationships with his two best friends; Phileas rises above the "token gay best friend" to be, sometimes, the most useful member of the team and often its conscience; and the mysterious William, who joins up partway through, is a brilliant twist on Frankenstein's aftermath in a way I have not read before.

If I have any quibble, it’s that I am a die-hard traditionalist on the issue of “all right” vs. “alright,” and while I know the latter is becoming acceptable in general parlance, I will die on that hill. It says something about this book’s fascinating world that I was able to move past that, one of my pet peeves.

It is clear that there is room to explore the three nations further, and one truly hopes Ms. Sullivan will do so. I will definitely sign up for the journey.

Silver Tongue by AshleyRose Sullivan is published by Seventh Star Press. Eagle-eyed readers will no doubt notice that I am also published by Seventh Star Press. However, and I can't believe I even have to say this but these are the times we live in, no compensation was provided for this review, nor was its content influenced. For further details, please see the CultureGeek Credo. Please note: this review is cross-posted to Scarlet Letters.