Linkspam applies for secretary of the week

Once again I am forced to recant my opposition to remakes and reboots. Some have gone horribly wrong (Roseanne) while others have failed to annoy us (Will & Grace, by all reports).

But they’re bringing back Murphy Brown. Line up the secretaries!

The trailer is hilarious, though sadly missing Charles Kimbrough as the stolid Jim Dial, leading to speculation whether the 81-year-old actor is up to a recurring appearance. Everyone else is on board, even ditzy Corky (who now looks like a goddamn genius compared to some of the yahoos in the real world). Missing in action, of course, will be Eldin the eternal handyman, as Robert Pastorelli died of an overdose many years ago.

I adored Murphy Brown, both for Candice Bergen’s sharp wit and its unerring ability to take aim at the times without downgrading our intelligence or disrespecting the profession even as it parodies it. Everyone brings up the Dan Quayle business, but in reality, the fun was in watching Murphy tilt at the windmill of political stupidity over and over, never failing in her dedication.

Oh, do we need Murphy now. Anyone want to take bets on how long it takes for Murphy to get banned from the current White House? She’s got a tradition to uphold, after all.

• Did you enjoy Presiding Bishop Michael Curry’s royal wedding sermon? Or the SNL skit ribbing him? So did he.

• The internet was abuzz that Bohemian Rhapsody, the upcoming biopic of Queen and specifically Freddie Mercury, was planning to straightwash Mercury’s bisexuality and his death from AIDS. Personally I don’t see it from the initial trailer, and the accusations of such from writer-producer Bryan Fuller seemed clearly aimed at the trailer, not at the film. Here, judge for yourself. Hopefully they’re not that stupid, and as many have opined, two surviving Queen members are on the production team, and it seems unlikely they would so disrespect their friend’s memory.

• Are you considering taking the kids to see Show Dogs? According to some, you should rethink this. A running gag about the lead dog having to put up with having his private parts fondled hits some very uncomfortable notes regarding grooming, bodily autonomy and reinforcing dangerous messages for kids. I thought at first it was hysteria, but when I read the recap… yeah, that does not sound cool.

• I could have a total geekout about all the awesome things coming to Disney World apart from Star Wars Land, or I could just share this rundown and go back to running price checks on how much it would cost to go back. #happiestplaceonearth #waitthat’sanaheim

• Enjoying summer? Already trying to figure out how to keep the kids from wrecking the house? Here’s a rundown (for locals) of all the nifty free things to do with kids this summer.

• An intelligent discussion on the internet - stay with me here - about issues women face in writing and publishing that are not typically experienced by men. Disclosure: I’m one of the women. Another interesting discussion: Antiheroes, heroes and heroic fiction in modern times.

• Dork out! The annual tradition of crossing over one mega-story from Arrow, Flash, Legends of Tomorrow and Supergirl will move to Gotham City for Batwoman to show up! Usually I am at best neutral about the crossovers, since I only watch Supergirl and am hopelessly lost in the soap-opera worlds of the other shows (and I always want to slap Oliver silly). Also, this crossover crap is why I stopped buying issue comics. I don’t want to have to follow 27 books just to figure out what the hell is going on in the book I’m reading. But… Batwoman!

(Speaking of comics, Seanan McGuire is writing an issue of X-MEN. In case your day wasn’t cool enough yet.)

• Hey, remember that idiot who trademarked the word “cocky” and earned the ire of ever romance author in the United States? Someone looked at that and thought, “Hey, nifty idea!” Only they’re trying to trademark “forever.” RWA is fighting it, but they shouldn’t be alone: this crap affects every genre. It’s since been withdrawn, but the issue continues.

• Clint Walker, 90, best known for roles in Cheyenne, The Dirty Dozen and The Ten Commandments. Raised in Belleville, he was working as a sheriff’s deputy and bouncer in Las Vegas when he met with Cecil B. DeMille and got himself an acting career.

• Tom Wolfe, iconic “new journalist” and author, at age 88.  Titles such as The Right Stuff, Bonfire of thee Vanities and A Man in Full made him famous (and a target for notorious crankypants Norman Mailer).

• Philip Roth, 85, comic novelist famous for The Human Stain, Everyman and Goodbye Columbus, among many others. The New York Times called him the last of the “great white males,” along with Bellow and Updike.

• Jose Lavat, narrator of Dragon Ball Z as well as many other titles.

• Oh bother. Christopher Robin needs help from his friends in the Hundred Acre Wood. Just cue up the hankies. (Warning: this trailer is one of those that tells the whole goddamn story in 2.5 minutes, but it’s worth it to hear Pooh’s voice.)

• Solo. You might have heard about this one. I think it’s about a pilot or something.

• Mary Shelley, a biopic of the Frankenstein author who spent much of the rest of her life a) trying to recapture the stark brilliance of her first novel and b) convincing asshats that her husband didn’t write it. Please, people. Did you ever READ Percy Shelley?

• The Misandrists. Just… no. 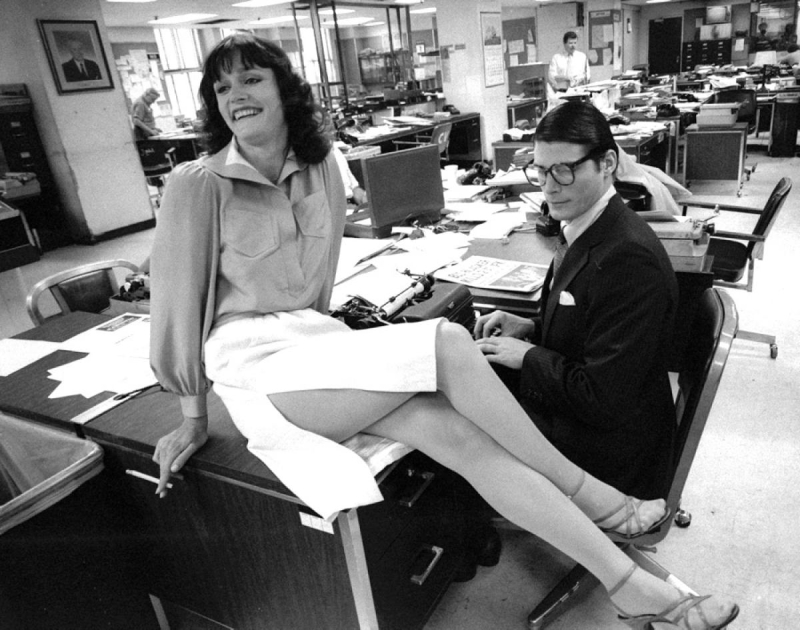 And finally…. She deserved her own entry. Margot Kidder, who embodied Lois Lane for me in the Christopher Reeve movies, died on May 14 at age 69.

She's best known as Lois, of course, and brought a strength and smarts to a role that often was written as "must be rescued by Superman." Was her famous "interview" scene with Superman actually a shining example of a professional journalist? Oh, hell no. But she still sold it to us, made us care about Lois and her abrasive, gung-ho charm despite her required swoons. That was Kidder, and she brought a vulnerability and simultaneous steel to Lois that has not been matched before or since.

I was honored enough to meet her several years ago at a convention, and I was wearing my hip skirt with the jingly ornaments on it. She asked me to stop and show her the skirt, and I wiggled my hips to make them dance, and she laughed uproariously. I made Lois Lane laugh, and it goes on my life list of accomplishments. To this day I regret that I didn't get a picture with her.

Others have detailed her life, her struggles and work far better than I could, far beyond the confines of Lois’ pencil skirts into horror, comedy, television, any genre she chose - and her famous battles with bipolar disorder. She cracked me up, she made me cry. Now she soars among the skies, and we are the poorer for her loss.