Linkspam doesn't want to float, thanks

I’m struggling to maintain enthusiasm for the new IT, which is depressing since it’s my favorite book of all time.

Look, the kids did all right, and while I thought it was goofy to put them in the 1980s, it had an okay Stranger Things vibe that I appreciated somewhat. And some of the changes were all right: I liked adding the painting to Stanley’s backstory and his struggles with the Torah; making Bev’s father’s creeper vibe stronger was risky but it worked (unlike adding the same vibe to Eddie’s mom, which didn’t).

Sadly, Pennywise himself just doesn’t scare me. It’s the teeth. Granted, no one could really live up to Tim Curry’s darkly gleeful Pennywise of 1990, but the new Pennywise could have been creepy… if they hadn’t given him Bugs Bunny teeth. Each time he waves at the kids, I expect to hear, “Wascally wabbit.” 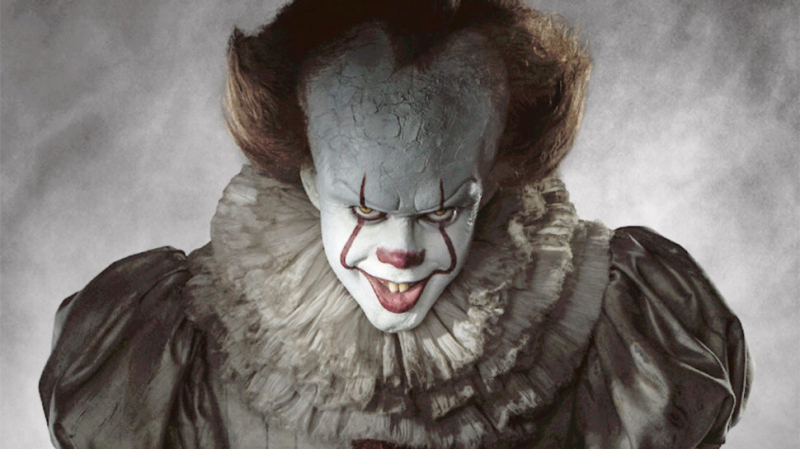 But what they did to Mike Hanlon’s character was unforgivable. He has no role in the Losers Club now, since the historian job shifted to Ben. Taking away the wonderful characters of his parents and replacing them with a horrible stereotype of the abusive black grandparent was simply wrong.

Now they’re doubling down and making Mike the adult a drug addict? Is there a Big Book of Hollywood Stereotypes they want to check off? Mike Hanlon grew up to be head librarian, a respected friendly bachelor uncle type with a passion for local history. Why oh why must they remove everything positive about his character? To be “edgy”? He was the one Loser who actually made it through without screwing his life all to hell. No, by all means, let’s make the black guy a drug addict! Clue bat requested for the writer’s room.

Never mind all that; we have a cast now. I have no real objections in casting, and am actually looking forward to James McAvoy as Bill Denbrough. Hopefully the actors can overcome whatever madness they’re doing with the script.

• It’s been a fortnight of bad news before I even get to finish Handmaid’s Tale season two, so I’m actually happy to see that Roseanne will be returning without Roseanne.

Resurrected as The Connors, the show will follow John Goodman, Laurie Metcalf and Sara GIlbert among others, hopefully focusing on the real lives of blue-collar Americans in this weird wild world we built since the original show of the 1980s-90s. Given Roseanne Barr’s cataclysmic explosion and subsequent firing, I am pleased to be given a reason to see these issues actually explored (and hopefully in a humorous way).

For my money: they’re gonna kill her off. And that actually could be interesting, watching these characters we know so well redefining themselves without the woman around whom their world centered, for better or worse. If nothing else, it should give John Goodman some great acting moments, and I personally believe him to be one of the greater unsung actors of our era.

• Scribblers! The St. Louis Writer’s Guild has launched 1764, a literary journal named after the year the city was founded. Submissions are open May 1 to July 31 for annual inclusion; micropay for poetry, flash fiction, essays, short stories and illustrations. Find out more here.

• I lost an entire dinner break to Cover Snark, a feature on Smart Bitches Trashy Books. No cheesy, poorly-designed romance cover is safe from their vicious pens.

• Octavia Butler’s Dawn will be adapted for the small screen by director Ava DuVernay of Selma fame. Dawn was published in 1987 and kicked off the Xenogenesis trilogy, later collected in Lilith’s Brood. DuVernay is creating the series but has not signed it yet with a streaming service. Given her skillful work on A Wrinkle in Time, I think she’ll do just fine. Sadly, it was announced last summer (I missed it) and we haven’t heard much more since then. Here’s hoping it hasn’t fallen into developmental hell. If you haven’t read Butler (as sadly I haven’t, but plan to), here’s a good analysis and overview of her work. Butler died in 2006.

• This Week in Sexual Harassment News: Terry Crews testifies before the U.S. Senate that he was harassed at a party by a male agent, and once he started speaking out, he was yanked off Expendables 4 after co-starring in the first three. Apparently he was told to drop his lawsuit against the agent, Adam Venit, or he would not be in the film. He stuck to his guns, so to speak. Venit, by the way, is Sylvester Stallone’s agent. Click the link and scan down to the part where he explains why he, a fairly large and muscular man, didn’t fight back. And then remember how many women get that question, and how no one believes them when they give the same answer: you can’t.

And if you thought Pixar was exempt (at least until you heard about John Lasseter)… I have bad news for you. It wasn't just Lasseter.

• A moment of silence for the Jerry Springer Show, inexplicably still running after 27 years and finally canceled, putting it out of our misery. Thus ends its long-running fiction - no, it was never real!

• The latest edition to the upcoming Watchmen show: Jeremy Irons. They aren’t doing a reproduction or reboot of the original graphic novel (they could only do a better job than Zach Snyder) but exploring the universe further.

• Eeek. Once Upon a Time in Hollywood, because when you think about a fictionalization of the Manson Family and Tate murders, you naturally think Quentin Tarantino. But because he’s Tarantino, he’s got an amazing cast: Leonardo DiCaprio, Brad Pitt, Al pacino, Margot Robbie, Burt Reynolds, Dakota Fanning, Damian Lewis… and it opens on the 50th anniversary of the Manson-LaBianca murders.

• Locals: Shakespeare in the Park has wrapped. I wish I could say you missed a lot, but for the first time in many years, I was disappointed. The direction just felt off to me - maybe it was Romeo, who simply didn’t sell his character’s passion, or maybe it was in the attempts to make Romeo and Juliet more accessible to a younger audience. The initial contact during the dance played like lightweight flirting with no feeling behind it just didn’t fly for me. It was visually lovely, and Juliet was fairly strong with extra credit to Lord Capulet. But for my money, you’ll get a more emotionally resonant experience from the Baz Luhrmann film, with all its frenetic late-90s weirdness. Let me put it this way: I felt more emotional impact from Paris’ mourning of Juliet than Romeo’s, and that simply should not happen.

• Joe Jackson, 89, best known as the patriarch of the Jackson Five family, father to Michael and Janet (and nine others). He negotiated the kids’ first deals, and he also had a heavy hand with them, according to the kids. He died of pancreatic cancer Wednesday.

• Predator, not to be confused with Predator or Predators, has a new trailer out with plenty of dark shadows and violence.

• Sicario: Day of the Soldado. Maybe it’s just me, but I have zero desire to see this movie about a killer who suddenly develops a soft spot for a little girl.

• Sanju, a subtitled Hindi film about actor Sanjay Dutt miraculously in wide release in the U.S.