Summer is usually when the movies get big and dumb, and we all flock to them anyway. Is it that we have no taste in the summer, or we’re craving air conditioning and overpriced popcorn? Or maybe it’s that we tend to have more spare time and fewer commitments. At any rate, summer means movies, and usually not the art-house flicks.

I don’t pretend to watch every movie - I leave that to my guest columnist Rahul Menon, who literally does watch every. single. movie. But here’s a quick rundown of the movies coming up this summer, and what we expect from them.

No, we didn’t bother reviewing Endgame, because a) just about every one of you saw it anyway, and b) every blog in the universe had a review. What could we add to the conversation? We were all too busy standing in line to see it again.

Also out: Aladdin, which has middling reviews but I hear that Jasmine finally gets her own bloody song, and it’s about time. Also Pokemon Detective Pikachu, which you could not pay me to see, and Brightburn, which is Evil Superman as the Bad Seed.

And there’s Booksmart, which is confounding me. I was actively angry at the trailers, which appeared to depict two young women who are supersmart but of course completely socially inept, because everyone knows “book smart” is antithetical to having a social life or understanding the basics of human interaction, with an (un)healthy dose of fat-shaming as the plus-size friend is the loud, obnoxious and clueless one. However. Several people I know and trust have seen it and say it isn’t that at all, and it’s actually a terrific movie. I’m not sure I’m convinced enough to head to the theater, but I might give it a chance on Netflix. Have you seen it? What do you think?

• Godzilla: King of the Monsters. If you follow us on any social medium, you know that guest columnist Jim D. Gillentine is the biggest Godzilla nerd in the Western hemisphere. Probably you could have figured that from the 19 Godzilla-themed posts on his Facebook in the last 24 hours. (I am not exaggerating, I counted.) So look for a Godzilla review next week, as we watch the Big Iguana go to town on a collection of traditional kaiju from … you know, I will let Gillentine handle that.

• Rocketman. Early buzz is much more positive for this biopic of Elton John than a similar-themed Bohemian Rhapsody a few months ago.

• Ma. Horror flick starring Octavia Spencer as … a psychopath knocking off the usual nubile, drunken teenagers? Offbeat casting and Spencer is an Oscar winner, which is about the only thing that would interest me in what looks like a paint-by-numbers thriller. • Comic book nerds unite, because the long-running X-Men saga is taking a second try at Dark Phoenix. They certainly couldn’t do a worse job than the first attempt, despite the very
best efforts of the Phase One crew, and Sophie Turner has impressed me in the trailers at least.

• Also releasing: Late Night, in which Emma Thompson is a talk-show diva and Mindy Kaling is her unexpected muse; and The Secret Life of Pets 2, about which the less said is better. Also also: a Ron Howard documentary about Pavarotti is of great interest to me and probably will play absolutely nowhere near me.

• Tessa Thompson and Chris Hemsworth escape the Marvel Universe to take on the awesome suits of Men in Black: International, co-starring Emma Thompson (again!) as the new Zed.

• CultureGeek Junior (a.k.a. Ian Smith) is approaching Toy Story 4 with a now-familiar mixture of dread and excitement. For his generation (end-millennial), Toy Story is the language of childhood, and the third film closed on a perfect note. Do we want to reopen the toybox? Can they really pull it off a fourth time without screwing it up? Look for his assessment in late June.

• Also releasing: a reboot of Child’s Play, which seemed like the world’s worst idea until I heard that Chucky’s voice is Mark Hamill. Now I’m paying attention. Also a documentary on Toni Morrison: The Pieces I Am. See above note about Pavarotti.

It's a catchup week, with a weird Danny Boyle flick about a world where the Beatles never happened titled Yesterday, and the next installment in the Conjuring series with Annabelle Comes Home. I have very complicated feelings about the Conjuring movies, which I may detail in another column someday. There's also a scattering of dramas and documentaries, as is usually the case in a catchup week before...

The Fourth of July is another tentpole week in a summer full of tentpoles, but this year they’re going light on us: only one mega-film releasing. Spider-man: Far From Home returns us to the MCU in the aftermath of Endgame, and hopefully will answer some of our lingering questions.

(Okay, that last one is probably only bothering me.)

There’s also a couple of thrillers coming out - Midsommar, Cold Blood Legacy - but no one cares.

It’s a catchup week, as we see a bunch of non-tentpoles crowded into a week without a superhero. We have two thrillers: Crawl, about a woman fighting alligators during a hurricane (okay); and 21 Bridges with Black Panther’s Chadwick Boseman as a disgraced New York detective fighting bad guys by shutting down New York’s bridges and tunnels. Already the premise raises red flags for me, but I’d happily watch Boseman read the phone book, so….

Also releasing: Karen Gillan and Dave Bautista in a ride-sharing “comedy” titled Stuber (no) and The Farewell, a “comedy” about a grandmother who is dying and being lied to by her whole family. I must be missing something there. 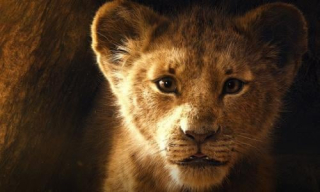 Disney’s at it again, with the “live action” Lion King remake. Okay, we know it’s not actually live action but just a totally different kind of animation because hey, real animals on the veldt don’t sing and dance. Shut up.

It’s Chiwetel Ejiofor, Donald Glover, Beyonce and Alfre Woodard on the voices, with James Earl Jones returning as Mufasa because there is no other God before him. Also, John Oliver as Zazu is my pick for casting choice of the year.

Literally nothing else is going up against this. Oh, except a documentary about David Crosby.

• Quentin Tarantino can’t leave Leonardo DiCaprio alone, as he’s put him with Brad Pitt for Once Upon a Time in Hollywood. One is a fading actor, the other is a stunt double, and Al Pacino, Kurt Russell, Christopher Walken and Margot Robbie show up as well. Supposedly it’s Tarantino’s “love letter to L.A.” I generally can’t stand Tarantino (yeah yeah I know) but it’s vaguely interesting from the trailer.

• It doesn’t matter how many times the Fast and Furious people make me watch the same. bloody. trailer. I have no interest in Hobbs and Shaw, but perhaps I would feel differently if I had seen any of the prior F&F films. What do you think?

It’s another dumping ground, with horror flick Scary Stories to Tell in the Dark, dramas The Kitchen and Brian Banks, and Kenneth Branaugh directs Artemis Fowl from the Irish fantasy YA book series.

We close out the summer with Angry Birds Movie 2 and 47 Meters Down: Uncaged, proving that no movie can be so bad or flop so badly that someone won’t greenlight a sequel. Also crime drama The Informer, comedy music pic Blinded by the Light re: Springsteen, and I kid you not, Playmobil: The Movie, with... Daniel Radcliffe? I cannot make this up.

That’s the run-down. So what are you looking forward to seeing? What would you like to see CultureGeek and the Guest Voices review? Happy summer!