I must sadly inform you that there is really no need for you to run back to the theater for your fifth viewing of Avengers: Endgame.

Look, I love the movie as much as any of you - more, maybe, despite the flaws about which I have argued endlessly on social media. I wrote a media analysis of Fat Thor for my media research class - yes, it was on topic - and ran an opposing view here on this very site. We've all wept for [Character] and [Character], blasted the Spoiler Elves, and saluted our Captain.

No one was under any illusion that the instant re-release of Endgame into theaters was anything but a quick cash grab running for the No. 1 spot. It's not like they were hiding it; the slate as top-grossing movie of all time is a prime marketing tool, even though it's virtually meaningless. I mean, Avatar has held that spot for many years despite being a rather ho-hum film (albeit very pretty). I maintained at the time that Avatar won the top spot because it was the first to require special 3-D glasses and you had to pay extra for them. Yes, kids, there was a time when a ticket was a ticket, and one price fits all.

It's held onto that spot as other records have been broken practically every year. Records break easily in box office because box office is always going up, and because Hollywood and movie theater chains know all sorts of tricks to squeeze more dollars out of our pockets in an era where just about everyone has the ability to watch these movies endlessly at home, so why put up with obnoxious teenagers giggling all the way through the latest Annabelle? 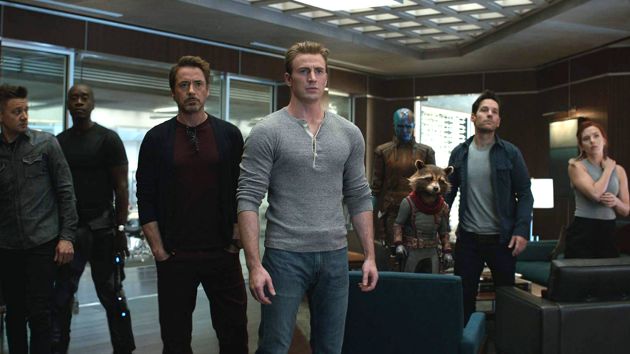 But when you adjust for ticket price inflation, Avatar isn't even in the top ten. Neither is Endgame, clocking in at No. 17 and two spots behind Avatar. While the original Star Wars ran a good game, no one has yet unseated Scarlett O'Hara as Gone With the Wind still holds the No. 1 spot for biggest box office.

Meaningless or not, the re-release was clearly an attempt to make up the $45 million gap between Endgame and Avatar. As of today it's still $23 million short, and if today's nearly-empty theater is any indication, it will stay that way.

CultureGeek Jr. and I scouted out the re-release with "bonus features" for you, and unless you're just dying (heh) to see the movie again, you can wait for the DVD. As far as we can tell, there were no significant changes made to the movie itself - and we should know after our repeat viewings. (Some writers have said specific scenes were longer; we noticed nothing.)

There is a post-credits memorial to Stan Lee that may cause a sniffle if you still have any heartstrings left after the Endgame final battle. There is a cut scene with unfinished CGI, and not to put too fine a point on it, I can see why it was cut. It's pretty much pointless and adds nothing to emotional or character development, much less plot. This is even more frustrating when you realize that there are six deleted scenes to be included on the DVD, and this is all they gave us?

And there's an end-credits teaser for Spider-man: Far From Home. It's nice and all, but really, nothing we didn't already glean from the other trailers, and since the movie is out now, it hardly seems necessary.

When this was announced, I thought they would wait on the re-release until a week or two after the Independence Day holiday to avoid competing with themselves: it doesn't really make sense to have Endgame and Spider-man fighting each other for box office. But it turns out it isn't much of a fight; at least in our theater, Endgame showings are mostly empty, and they're waiting in line at the IMAX for Spidey. Sony is expecting $125 million from the six-day holiday stretch for the webslinger, while the industry is expecting $175.

So if you really want to see Endgame again, feel free to shell it out and you'll see the extra footage. But if you've seen it enough by now, you can certainly wait for the DVD. If you're conserving your funds, save it for Spidey. Rumor says that it's... amazing.

SPOILER: One tiny bit of light from the deleted scene that we missed: according to the news, the firefighter in the Hulk's deleted scene is none other than Die Hard's Reginald VelJohnson. Which explains Scott Lang's random Die Hard line mid-movie.