Your friendly neighborhood CultureGeeks have been busy, folks.

It just so happens that frequent contributor Rahul Menon is a film director. He's been writing and directing short films as he finishes his masters degree here in sunny Illinois. We're happy to report one of Rahul's shorts, Cowbot, won a best in category award at an international film festival just a few weeks ago. (Your humble blogger provided a voiceover, and thus begins the 15 minutes.)

Today was the final day of shooting for Rahul's latest film, The Final Act. Shot here in sunny Edwardsville, Illinois, it stars (among others) CultureGeek contributor Ian Smith, and I'm a nameless extra despite my best efforts to duck the camera. It's a half-hour film about the waning days of an actor succumbing to alcoholism.

We're all very excited for Rahul's latest effort and Ian's film debut, and we'll be sure to share it here once it's released. 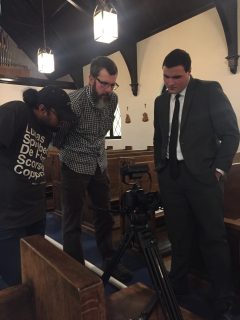 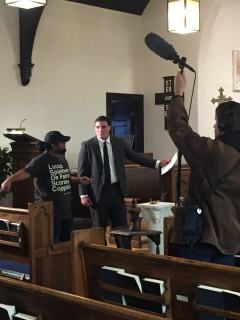 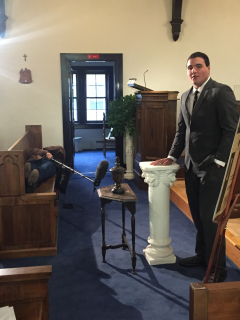